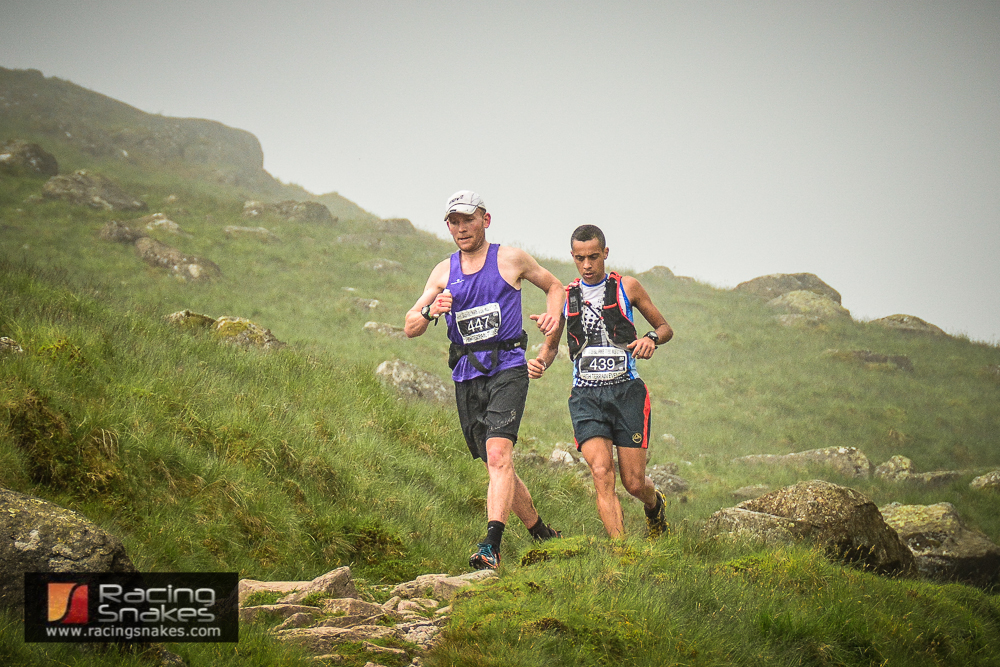 The 2014 Scafell Trail Marathon was won by Cristofer Clemente who beat Ricky Lightfoot into second place.  The race was in warm and mostly dry conditions but the weather was certainly a factor in the top three positions.  On the climb to Sty Head Ricky Lightfoot had a good few minutes lead on the chasing duo of Kim Collison and  Cristofer Clemente,  Once they reached Sty head visibility was very down to a few meters and Ricky made a navigational error coming off Scafell Pike.  Kim Collison used his compass skills and navigated with only a minor error off the summit.  Cristofer Clemente was playing a very wise game and letting Kim lead the way whilst he hung on to his shirt tails.   Once off the mountain Kim was finding the pace hard to maintain and Cristofer pulled away from Kim on the climb to Watendlath, Ricky was making big gains into the leading pair and overtook Kim to finish second.

The 42km Scafell Trail Race took the runners from just outside Keswick to summit Scafell Pike and then return to finish at the Lakeside in Keswick.  The race was organised by High Terrain events and attracted some high profile sponsors with Salomon, Suunto and 9bar all backed the race.  This year the Scafell Trail Race marathon was part of the EMM (the European Mountain Marathon series)

The race starts off following the shores of Derwentwater from Nichol End Marina, before then making its way up the Borrowdale Vally to Seathwaite.  There is a feed station here that provides the racers with food, water and a chance to take on some 9bar energy food.  The race then ascends the highest mountain in England (Scafell Pike) via Styhead and the corridor route.  This year (2014) sees a prize awarded to the fastest Male and Female runner up the mountain. This is where racingsnakes took the photos  of the Scafell Trail Race.  Once the Scafell Pike has been summited the race descends back to Seathwaite via Esk Hause.  The race still has a kick in its tail though as there is a further climb up to Watendlath before the final undulating descent to the finish in Keswick. There is also a chance just after Watendlath to refuel at a feedstation.

Pictures from the  Altura Gravity Stage Race which took place in Whinlatter Forest on Saturday 31 May 2014. The photos can be viewed and purchased from Racingsnakes.com The race was also sponsored by Cyclewise (based at Whinlatter visitor centre) and The Forestry Commision who do a great job of looking after the Forest in the Lake District National Park.  The other main sponsor was Altura (a brand of cycling wear)   There were six stages to test the mountain bike riders as they rode around the Whinlatter Forest Mountain Bike trails, many of the trails had been built for the event . Each of the stages were timed with electronic timing (sportident timing system). The riders dibbed their electronic punch at the top of the runs as they started, the riders also did the same at the end of the stage with the Marshall stood on the finishing line. The time was not counted between the stages, so riders could take time to get their breath back. 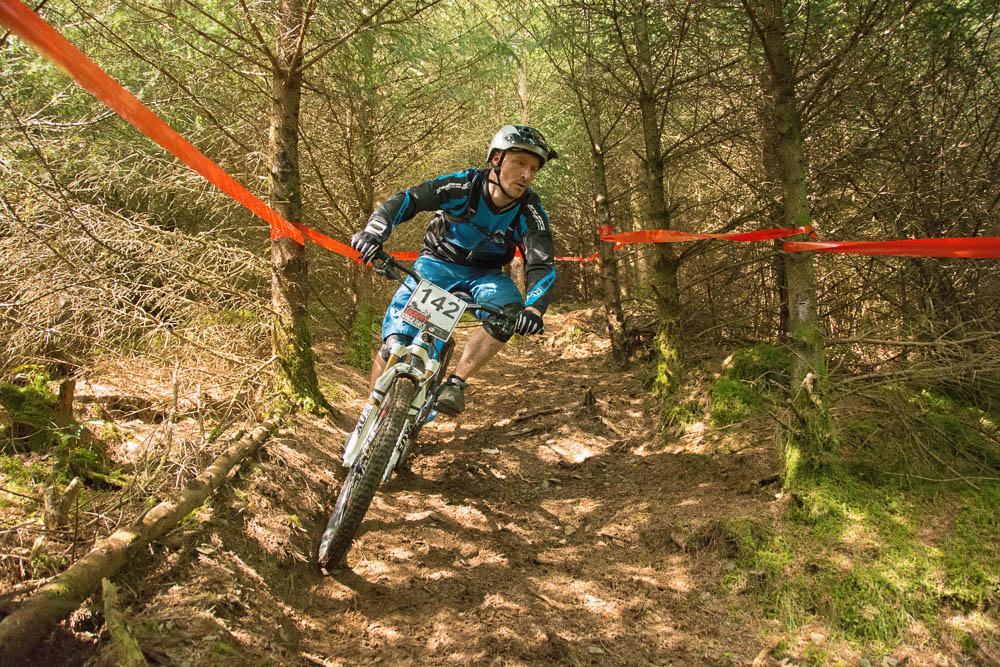 There were over 200 riders that raced, the results from the days racing are now available on the Sportsident website

Photos were taken at various points around the Whinlatter course.  Many were on stage 6 which was a narrow trail built through the thicket of the Forest.  This stage although not a long section was challenging. the line held well and the later riders benefited from a clearer route with burns starting to build allowing for faster cornering.