On Saturday 7 September I went to photograph the Lakeland Trails 15km races. There were a number of races being held as part of the Lakeland Trails event, these included a fun run, a 10km race,  and two 15km races.  The races started from Fitz Park in the centre of Keswick in the lake District.   The 15 km route took the racers along the old railway line to the East before the climb of the foothill of Blencathra, heading up towards Skiddaw House.  The track met the Cumbria way where the runners then headed South on the homeward leg.  This offered the runners great views over High Rigg, The Dodds and Helvellyn.  The final part of the run was to skirt around Latrigg before the descent into Keswick and the welcome finishing banners set up in Fitz Park. 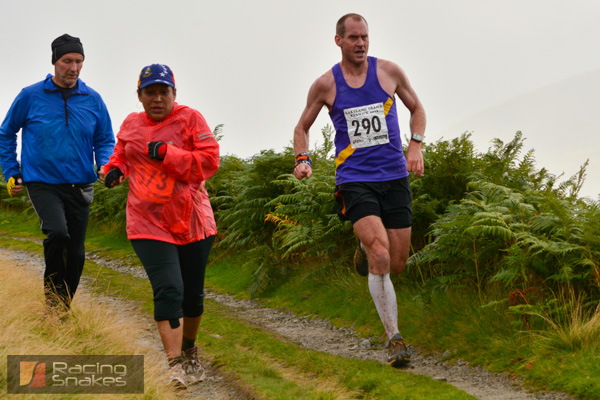 The 15km races were set off in two waves, the first wave setting off at 1pm and the second an hours later.  The racers were given either a yellow race number (1st wave) or a white number (the 2nd wave).  This made for some interesting photos as the faster racingsnakes from the second race were overtaking the slower runners from first race.  The weather was mixed to say the least, the slower runners on the second race got the best views of the day as the sun tried to break through the clouds.

I placed myself on the descent down to Whitbeck, this promised to have a great backdrop to the South.  If the sun was going to shine it might cause a few problems but that was unlikely today!  The problem challenge of the day was keeping the rain off the lense, the lense hood helped a bit but a brolley would have been the best option.

It was great to see so many runners having a great time, and thanks for waves and the friendly banter.  I do hope the guy that was walking down the hill made it back safely!! I asked after his well-being on seeing him walking, he replied “I cant run”, I said there was a medic round the corner, to which he replied ” I dont want a medic, I want toilet paper”!  Perhaps a new piece of manadatory kit for the FRA rules? 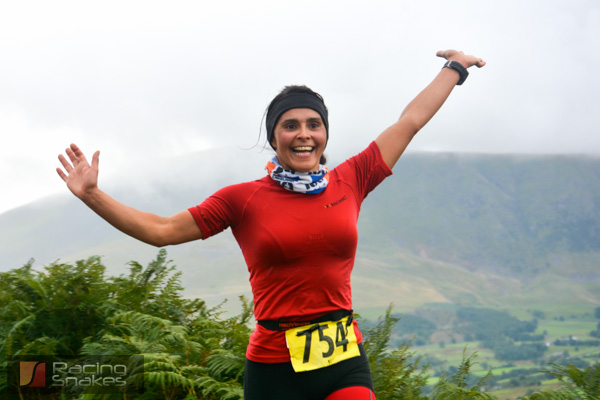 Me and Jess (the border collie)  had a great day on the hill, see you next time

Pictures are up on the facebook page.  High resolution photo’s are available for £5.00 each, payment via paypal.  contact mick@racingsnakes.com