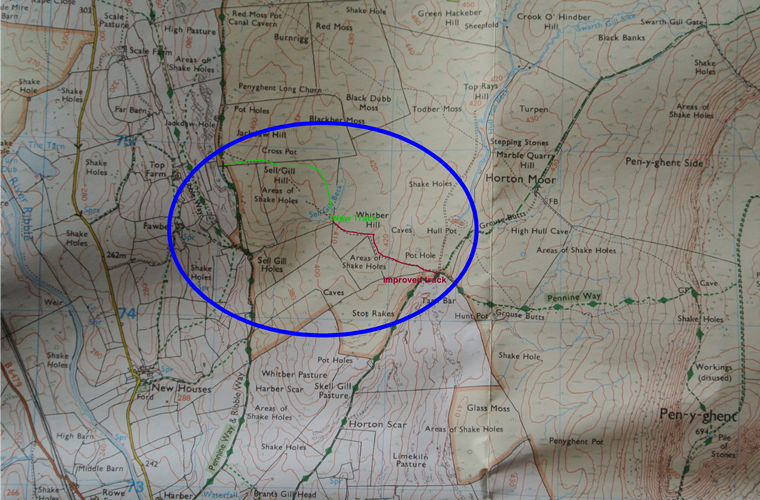 It looks pretty certain that the route of the 3 peaks fell race will have a small change this year, the path which leads over Whitber Hill has been much improved (previous boggy section) and extended to join the Pennine Way 500m further up the track. There will be no need to recce as the path is very obvious and signposted (it is now part of the official Yorkshire 3 peaks route) . The change will probably reduce the time taken by a couple of minuets as there is less climbing and the path is now very runable. 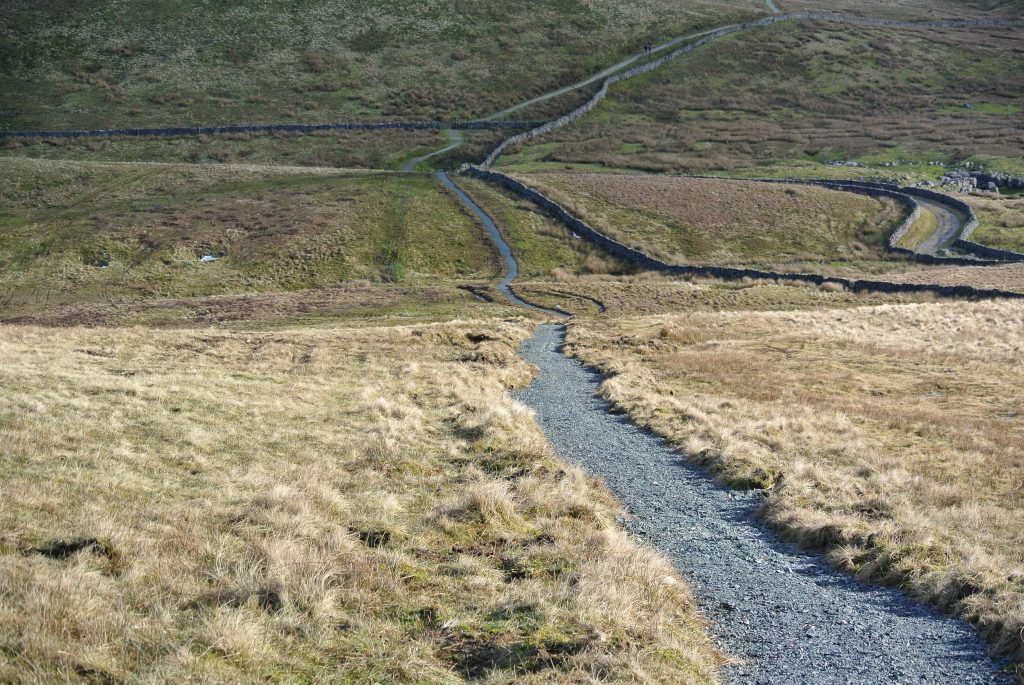