The Wasdale tri, start off’s off with  a 1.2 mile swim in the coldest lake in Britain (technically it’s not a lake!), even with a wetsuit and a couple of swim hats this is a cold swim, but it does say Wasdale triathlon is hard.  At least the bike must be easier – wrong, its a brutal ride over Hardknott Pass and Wrynose Pass, Hardknott Pass has a 33% gradient and is the steepest gradient road in England, Wrynose isnt far behind with 30% gradient.  The Wasdale tri, is brutal, and to prove it you head down the road around Neaum Cragg, back over Blea Tarn and do the Wrynose followed by Hardknott Passin the opposite direction.  I will surely get some good photos of the riders suffering! as they climb these passes. 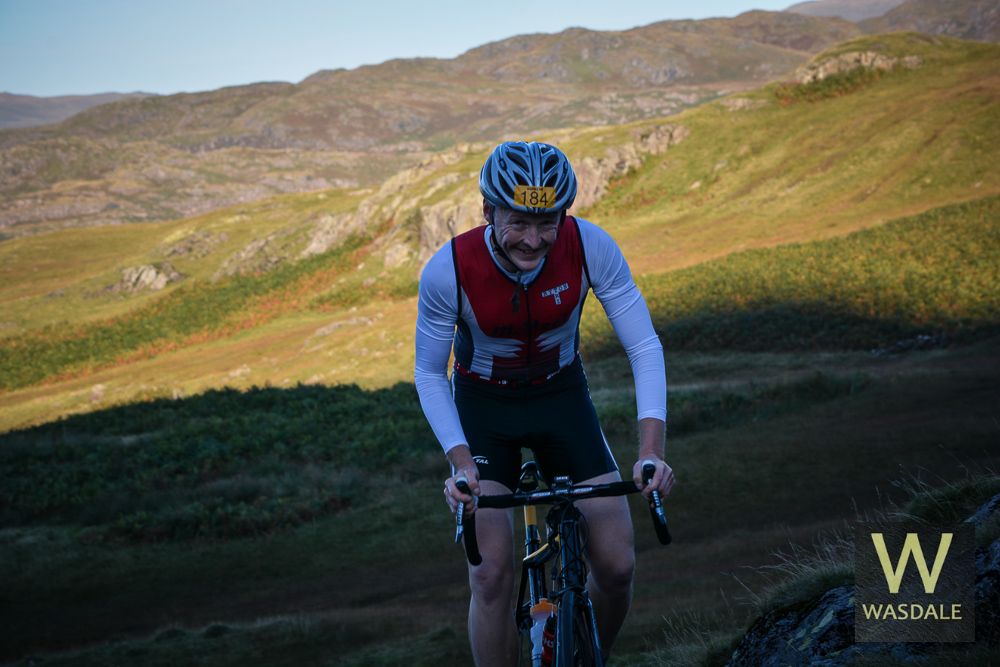 After the 56 mile bike leg the Wasdale triathlon goes on to the next stage – surely an easy jog around the lake shores of Wasdale – wrong. The Wasdale Triathlon organiser has a mean streak, he is sending the runners up high into the hills along the corridor route to climb Englands highest Mountain Scafell Pike. This is a hard fell run of 13.1 miles and after the swim and bike will be telling on the legs, the steep sided hills will surely bring on the dreaded cramp.  The run returns and the Wasdale Triathlon finishes at the North East end of Wast Water.