Pictures / Photos from the Tour of Britain 2013 stage 2 race over Honister Pass can be seen on Racing Snakes.

On Monday 16 Septemebr 2013 the Tour of Britain also known as the ToB was held in Cumbria.  Armed with my camera I headed to the King of The Mountains stage at Honister Pass to capture the race in photos.  The forecast was horrible, high winds, heavy rain showers or wintry showers, it didnt dissapoint!  The only blessing for the Tour of Britain riders was that there was a tail wind pushing the riders up the Honister Pass.  I wanted to capture photos that were ‘gritty’ showing the pain in the riders of the Tour of Britain as they headed up towards the summit of Honister Pass.  The Tail wind was good news for the riders but bad news for the photos, an event photographers nightmare, the rain would be blowing straight into the lense of the camera, making the photos blurred if water hit the lense.  In a race like this you only get one chance to get a photo, and on Honister pass there is also big crowds all jostling and encouraging the ToB riders, the spectators are a lively bunch and wont politely stand to the side whilst you set up a tripod and camera, and righfully so, that’s why I love this sport, you can get close and personal to the riders. 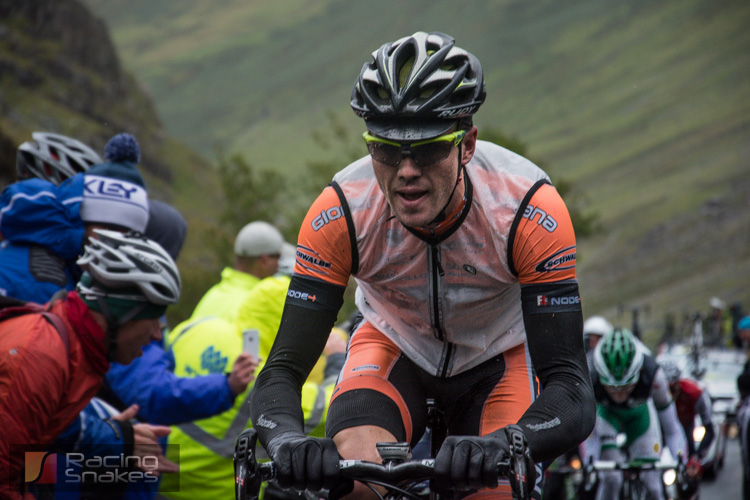 I took my camper van up early to make sure I got a parking space close to the summit of Honister pass.  I was going to be there a while and the non ending supply of tea and food was going to make the long day in horrible conditions a lot more bareable. The Tour of Britain race was due to reach the summit of Honister around 1pm, I arrived at about 7.30am.  On arriving early I took the dog and camera out for a walk to take photos on the hills from Fleetwith Pike.  A good view of the Tour of Britain route can be seen from here, twisting its way up the Buttermere valley from Cockermouth (or on a good day with clear skies),  I took some photos but dindn’t hold much hope as the weather was not being kind.  After the walk I returned to the van for refreshments and watched the steady stream of spectators climbing the Honister Pass on their bikes from both directions. 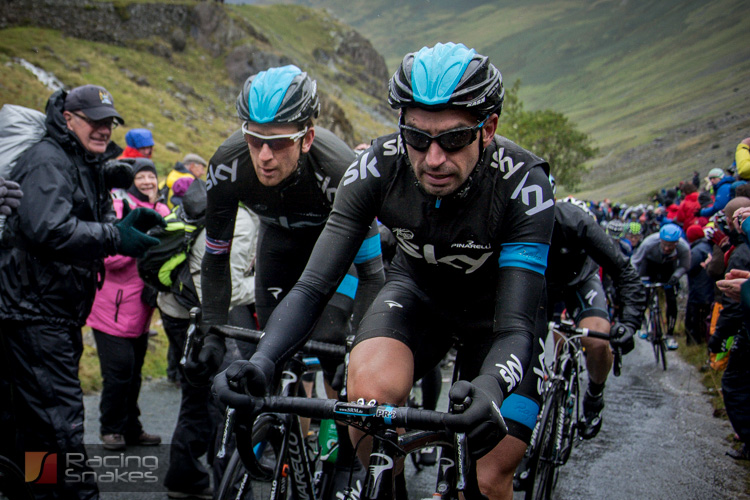 The tour of britain was to tackle Honister pass with its 25% gradients. I found a spot that would be at one of the hardest point of the climbs, 200 meters before the summit of Honister Pass, this should be a great spot to capture the best photos.  The next hour was pretty uncomfortable with the high winds and torrential downpours as we awaited the first of the riders.  As the first of the riders arrived I croutched down with camera set on a fast shutter speed and snapped away trying to capture photos of the faces of the riders as they stared at the road 2 meters in front of their front wheel.  There was lots of jostling with other spectators and once or twice I had to lean out into the path of the riders to get the perfect photo. 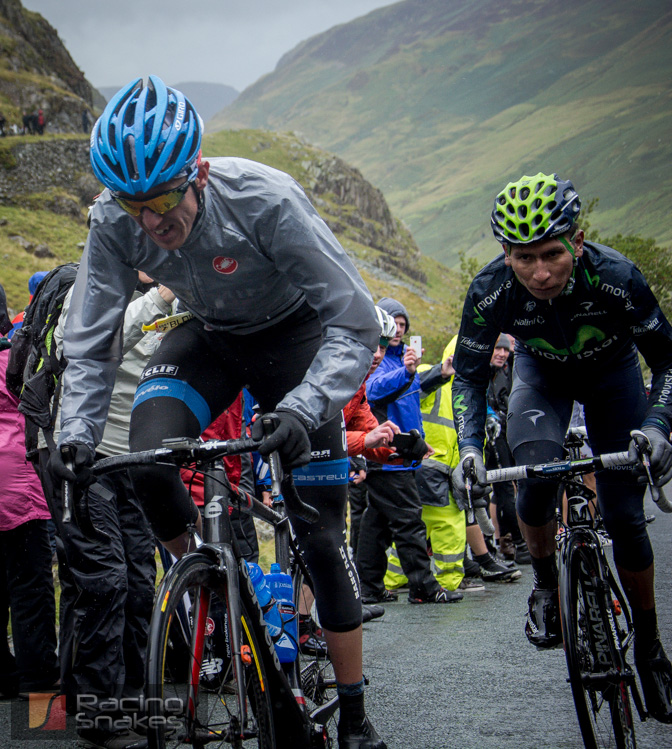